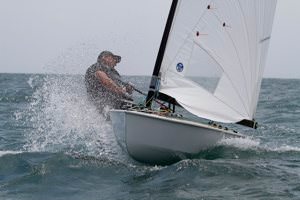 Stuff the turkey, keep the Christmas pudding under wraps, and put the cork back in the bottle; the athletes of the OK Dinghy class are starting to descend on Melbourne, Australia, and gearing up for their World Championship at Black Rock Yacht Club starting on December 30th.

Some sailors will even be in transit over the festive period, so thoughts of overindulgence will be a long way from their minds as they focus on the challenge ahead – overcoming the strong Australian team and preparing for the conditions on Port Phillip Bay. However, if the event is true to form - there will be overindulgence in competitive and fun racing.

The OK Dinghy class knows how to have fun on and off the water, and with a long list of top class names, past world champions and hopeful newcomers taking part, it is set to be a great championship at one of the best venues on the planet.

Black Rock Yacht Club is synonymous with OK Dinghy sailing, with arguably the strongest fleet in Australia. It is situated at Half Moon Bay at the beautiful seaside town of Black Rock in the state of Victoria. 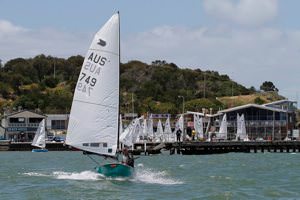 The Club began as an annexe of the Brighton Yacht Club (later Royal Brighton) in 1899. A number of Brighton members used to sail to Half Moon Bay for a picnic, which soon became an annual event incorporating a race from Brighton to Half Moon Bay.

In 1904, the Black Rock branch of the Brighton Yacht Club was established. The original wooden club building was destroyed by fire in 1937 and replaced by a two-storey wooden clubhouse, which was demolished in 1967.

Since the opening of the modern clubrooms in 1969, the club has grown in stature having conducted numerous World Championship regattas including the prestigious Finn Gold Cup in 1995 and 2008.

Situated on Melbourne's Port Phillip Bay, there are usually steady summer breezes and excellent sailing conditions across the December and January period.

It is these famous conditions that have attracted sailors over the years to come and test themselves on the waters of Port Phillip Bay. Renowned for its strong sea breezes and great waves, every arriving OK Dinghy sailor hopes he will experience all that the Bay has to offer. 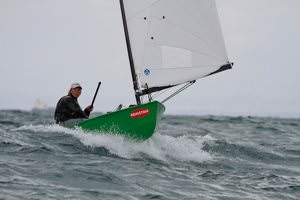 Someone who will well remember sailing his Finn on these waters is the three time Olympian Anthony Nossiter (AUS). But what attracted him to the OK fleet?

“Good fleets sizes, a gentleman racing culture similar to Finn class and of course the convenience of a Worlds in Australia. Port Phillip Bay is a great venue; we always see a good range of weather. Black Rock YC has managed many Finn and OK Dinghy regattas so well in the past... it'll be a great week in yachting.”

Is this a long-term thing for him? “It's certainly nice to look in my garage and see my 2004 Athens Finn in mint condition, along with an OK Dinghy. I will certainly keep the two boats maintained so when I am home a local fun regatta in either class is not too far away.”

As mentioned before, he is coming direct from the Sydney-Hobart race. “It's going to be tight getting to the OK start after the Hobart Race. I find it difficult exiting myself from the Customs Bar after we finish the 'Great Race'. Last year [for the OK Dinghy Nationals] I arrived just in time for the first heat... it could be much the same this year.”

After the large Australian team, New Zealand will be fielding the second largest team. Apart from the World No. 1 Greg Wilcox (NZL), there are many more, and younger, sailors, hoping to have a crack at the world title. 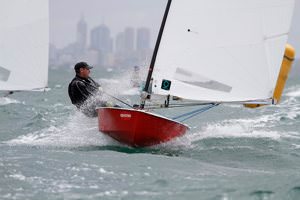 The current New Zealand National Champion Luke O’Connell (NZL) took third at the 2013 Interdominions at Black Rock YC this time last year, but he will have some tough opposition from the 2012 Indterdominions winner Ben Morrison (NZL) and the 2011 winner Brad Douglas (NZL). Other Kiwis likely to figure at the front include Mark Perrow (NZL), Matt Stechmann (NZL), Paul Rhodes (NZL), and, arguably, one of the favourites, Matt Coutts (NZL).

What attracted Coutts to the class? “There's a really solid local fleet and they're all good lads. Plus it's a good excuse to sail in Melbourne again.” He is also encouraged by a few other ex-Finn sailors getting into the class. “I think it could only be a good thing.”

“There are enough similarities [to the Finn] that it feels pretty comfortable most of the time. It's a bit more tippy though; I've taken a few swims.”

Does he see a future for himself in the class? “It started off as a short term thing, but I'm enjoying it though, so who knows. I guess it depends if I can find any more room in the garage for another boat.” 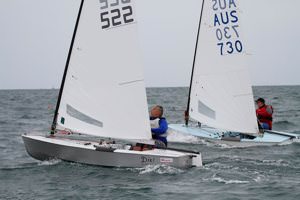 Of the class regulars in Australia, the sailor to beat is always Roger Blasse (AUS), who is the defending champion. Mark Jackson (AUS) won last week’s Sail Melbourne to put down a clear marker, but the other likely contender is Mike Williams (AUS), twice a world championship medallist, but still looking for the top spot.

However he is quite honest about his chances. “I feel very lucky to have placed in my last two world titles, Thailand 2013 and New Zealand 2010 and to repeat those results would be amazing. But with a young family at the moment I will be happy to turn up and go racing.”

“I have been able to do a couple of regattas this season and some mid-week training, but not as much as some. There has been plenty of action leading up to the worlds with the Sydney fleet having a number of regattas including the Big River regatta and the Wangi sprint series. There has been plenty of mid-week training in Melbourne as well as the Inland regatta at Horsham, Go for Gold at Black Rock and ISAF Sail Melbourne.”

“Even with some of the Europeans opting not to come this year, I can think of a dozen guys that will be in with a shot including the current and former world champs, Roger Blasse, Pete Milne, and Glen Collings. Also, Mark Jackson is sailing very well at the moment and Andre Blasse won the Go for Gold regatta.”

A pre-worlds regatta is scheduled for 26 and 27 December, before racing for the 2014 World title commences on Tuesday 30 December after the practice race on Monday 29 December. Ten races are scheduled up until Sunday 4 January, with New Year’s day designated a lay day, perhaps just in case some sailors make up for the lack of overindulgence.

So, stuff the turkey, there's some sailing to be done...