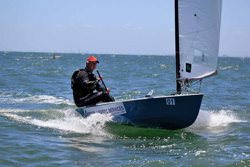 As the 100-plus strong OK Dinghy heads into next week's World Championship in Puck, Poland, Greg Wilcox (NZL) continues to lead the World Rankings, though his lead has been reduced to just 15 points from Jørgen Svendsen (DEN). Mike Williams (AUS) is a long way behind in third. So the top three remain the same.

The July release marks the seventh consecutive time that Wilcox had headed up the rankings, which now numbers 446 sailors from 15 nations. This release includes results from the Spring Cup in Medemblik, the Nordics in Præstø, Denmark, Kiel Week and Warnemunde Week. 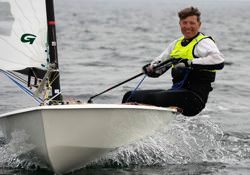 While Wilcox took third in both the Spring Cup and Warnemunde, Svendsen has not reached the podium in any ranking event this year. The Australians in the next three are still cruising on the results of their domestis events down under, with only Mark Jackson (AUS) of this trio heading up to Poland for the worlds.

Charlie Cumbley (GBR) is probably the biggest riser, moving up from 260th to 114th. Along the way he collected victories at the Spring Cup and at Kiel Week, and looks set to be one of the favourites for next week's World Championship. The Nordics were won by former European Champion Bo Petersen (DEN), while Warnemunde Week was won by another former European Champion, Martin von Zimmermann (GER). 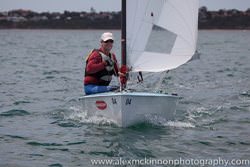 An interesting development over the past year is the increase in the weighting of European Regattas. The weighting of each regatta is based on the number of top ranked sailors competing. Historically the Kiwi and Australian sailors performed well enough to attract a high weighting at their domestic events, but there is a recent trend that the European weightings are increasing. Just a few years ago most European events had a competitive weighting of 1.1 to 1.2. Now many of them are 1.3 to 1.4. This might sound boring but it reflects the dramatic increase in good sailors coming into the class as well as the number of top European sailors travelling to major events. Most large events are attracting 50 plus entries and are becoming increasingly competitive, while as already stated, the worlds has attracted well over 100 entries after opening it up to more sailors.

The next release will be after the World Championship and the various European national events.